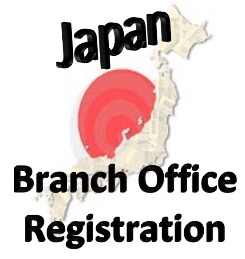 Branch Office Registration, Incorporation, Formation. Setting-up of a branch office of a foreign company in Japan. Opening up a legal entity & business presence in Japan.

Foreign companies willing to engage in commercial business operations in Japan have options of either establishing a “branch office” or a local “subsidiary company” in the form of KK Co. or GK Co.(LLC) as the legal entity in Japan.

The simplest model for a foreign company to establish a legal entity for commercial business operations in Japan is to set up a branch office. The branch office can start business operations as soon as registration is completed with the local authority and all necessary post-registration mandatory notifications to relevant local authorities are completed.

A branch office of a foreign company carries commercial transactions in Japan as per the parent company's decision/instruction and usually is not expected to independent decision-making.

A branch office does not have its own independent local legal corporate status. Instead, it is deemed to be within the umbrella of the parent company's corporate status outside of Japan. At the time of registration of a branch in Japan, there is no requirement to establish statutory officers/management bodies such as directors and auditors.

In general, therefore, the branch office's foreign parent company is ultimately responsible for all debts and credits generated by the activities of its Japan branch office.

Branch Office: The simplest model for a foreign company to establish a legal entity for commercial business operations in Japan is to set up a branch office. There are no essential differences between the branch office and domestic corporations regarding the range of business activities allowed. Taxed on branch office income only, and the rate is the same as a local company. For registration, there is no requirement to establish a statutory officers/management body; it only needs a local physical address (not a PO Box) and a Representative in Japan (must be a “Resident in Japan”). In general, transfer of operational funds between the branch and its head office can be made without restrictions and is not subject to withholding tax. A branch office can register a maximum of 2 (two) “Representative in Japan,” but 1 (one) must be a “Resident in Japan” and a director/member of the parent company with his / her personal overseas resident address.

Company Bank account: A branch office, however, can open a company bank account(s) and lease real estate in its own name, carry commercial activities as per corporate objectives derived from the parent company once it is registered in Japan.

Tax compliance: A branch office in Japan is obliged to submit a corporate tax return to the local tax authority within two months from the date of its closing of the fiscal year, and the fiscal year of the branch office is registered in Japan as per the parent company's fiscal year in the home country. The tax applies on the net income generated in the Japan branch office as per local regulation, and the rates used are the same as those of a domestic company.

Option regarding the formation of a legal business entity in Japan for ongoing commercial activities:  The choice is either to establish a “Branch Office” or a local “Subsidiary Co. (Kabushiki-Kaisha or Godo-Kaisha)."

For any of the said formats, the minimum requirement is a “local physical address” in Japan (not PO Box address) and a local “Resident in Japan” (either a Japanese or a foreign national, but in case of a foreign national the person must have an appropriate status of residence as per immigration law).

[However, for Kabushiki-Kaisha or Godo-Kaisha, a local “Resident in Japan,” is not mandatory.]

Note: The exception is allowed that "No Local Resident in Japan" is required as a mandatory requirement for registration of a “subsidiary company” since the change of regulation effective Mar'2015.