Japan Branch Office verses (vs) Subsidiary Company Registration, Incorporation, Formation. Difference between Setting-up and Opening of a branch office and Subsidiary Company (Kabushiki-Kaisha [KK] or Godo-Kaisha [GK]) of a foreign company in Japan.

In terms of the range of business activities allowed, there are no basic differences between branch office and domestic corporation. But regardless of the firm being foreign or not, some companies, depending on the category of business, are required to secure authorization of the supervisory ministries at the time of founding. 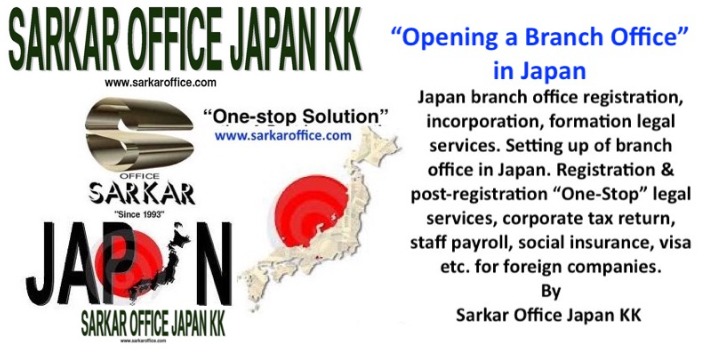 A Branch office is not regarded as an independent legal entity, but as acting on the basis of decisions and instructions from the parent company (head office) to provide services and carry out business activities, including purchasing, importing, and sales etc. In transactions with other businesses, the branch office concludes contracts as the representative of its parent company (head office). 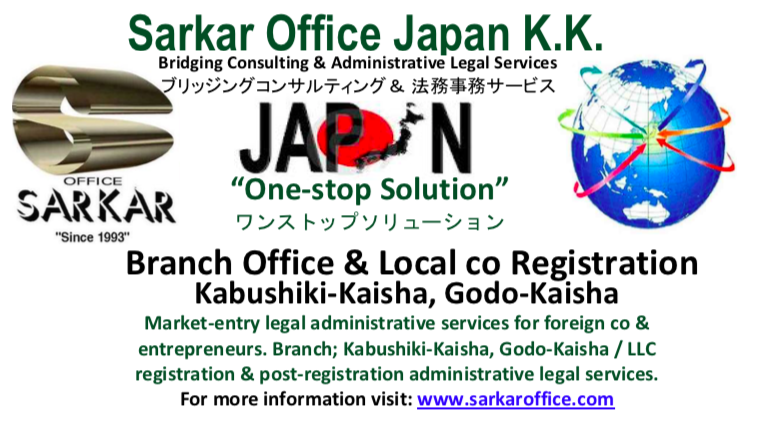 Note: re exception allowed for “subsidiary co.” since the change of regulation effective Mar'15.

Japanese govt. has allowed foreign co. to register a local subsidiary co. (Kabushiki-Kaisha [KK] or Godo-Kaisha [GK]) in Japan without a local “Resident in Japan”. [In case of GK Co. the overseas investor must be a corporation]

But in both cases, it would require a temporarily a local “Resident in Japan” for the purpose of completing the procedure of paid-up capital for KK Co. & equity for GK Co.