A Godo Kaisha can be registered in the English alphabet, i.e., ABC Consulting “合同会社” (“Godo Kaisha”) must be registered in the Japanese kanji characters. Promoters/Investors in GK are called “Members” (社員, shain), and each member provides a capital/equity contribution. Members(investors) of a GK have limited liability, similar to a Kabushiki Kaisha(KK) shareholders. Each member’s liability to the company is limited to the amount they have invested.

Godo Kaisha (GK Co) Registration: An individual and or a company can incorporate a GK. A foreign entrepreneur or a corporation can register a Godo Kaisha (GK Co) in Japan without a “Local Resident in Japan” under the amendment in the Companies Act introduced in March-2015. 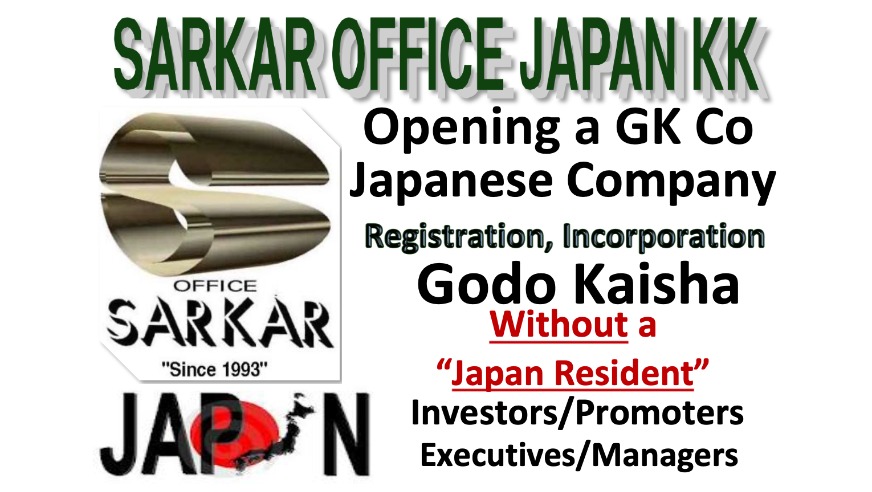 The tax structure is the same for GK Co and other legal entities in Japan, such as KK Co. On the other hand, a GK is a company with considerable flexibility concerning decision-making methods for operations, management, distribution of profits, and other related matters.

Note: "No Local Resident in Japan" is required to register a Godo Kaisha (GK Co) in Japan under the amendment in the Companies Act introduced in March-2015. Only a Japan address is necessary for a GK registration/ incorporation in Japan.

The American companies also prefer a GK Co in the form of a subsidiary company in Japan by the Check-the-box Regulation under the U.S. tax law. They can enjoy a pass-through treatment concerning the GK’s profits and losses under U.S. taxation.

A Godo Kaisha (GK Co) in Japan can convert to a Kabushiki Kaisha (KK Co) with the unanimous consent of all of its members.

The features of Godo Kaisha (GK Co) at a glance:

Time-frame for registration: Depends on the structure of promoters/investors, executive managers/officers, etc. Upon applying to Legal Affairs Bureau for registration, it takes about 2(two) weeks to obtain a company registration certificate.